What Is the Best Gear Ratio for a Baitcaster?

Sure, baitcasting reels existed back when your grandfather was crushing monster bass half a century ago, but he didn’t have to deal with all the different choices that we have today. Spend a few minutes in any tackle shop, and you’ll quickly realize there are dozens of models to choose from, all with funny numbers associated with them like 5.2:1 or 7.0:1.

So how do you choose the best gear ratio for a baitcaster?

It’s easy to become shell-shocked by the variety of choices there are and just reach for whatever reel catches your eye. But knowing a bit about gear ratios (those funny numbers I just mentioned) and reel specifics will help you make a better choice when you’re shopping for your next reel.

Today, we’re going to cover the basics of gear ratios and how they affect you out on the water. We’ll also share the right gear ratios to use depending on the type of lures you’re throwing.

The Best Gear Ratio for a Baitcaster

Before deciding on the best gear ratio for a baitcaster it’s essential to understand what the gear ratio is and what difference choosing different gear ratios makes.

The gear ratio refers to how quickly the reel is able to retrieve the line when the handle is cranked. The three-digit numbers you see associated with baitcasters indicate the gear ratio. For example, if a reel has a gear ratio of 7.1:1 then that means that the reel spool rotates 7.1 times for every crank of the handle. The higher that first number, the faster the retrieval rate.

It’s helpful to think of reel gear ratios like the gears of a mountain bike. Higher gears have less resistance which makes it easier to pedal on flat ground. But they deliver very little torque, which makes it more difficult to pedal up an incline. The same theory holds true with baticasting reels.

Having less torque isn’t necessarily a bad thing. When you are fishing deep waters or using baits with a large profile in the water that creates a lot of resistance, you’re going to want to have a lot of torque. Otherwise you will burn out your arm trying to reel your line in just because you don’t have the torque needed to help you retrieve your lure.

The best advice I can give is to tailor your rod and reel to the type of fishing you’re expecting to do that day. Horses for courses and all that.

Rather than purchasing a bunch of different gear and lugging several different reels with you to the lake every time you go fishing, you’re probably wondering what the best all around gear ratio for a baitcaster is if you’re hoping to use one reel for everything.

I recommend most anglers opt for a reel with a gear ratio around 7.0:1 and 7.5:1. These reels provide ample retrieve speed while still providing some torque to pull up deepwater lures or those that create a ton of water resistance. They will give you the best all around performance from a single reel.

How to Choose the Right Gear Ratio for a Baitcaster

While a single all around reel will do the trick a lot of the time, most anglers try to pair their reel to the fishing they’ll be doing that day. Below Ill cover the best gear ratios for some of the most popular types of lures that are used with a baitcaster.

Crankbaits and swimbaits usually represent the largest and heaviest lures you’ll throw. The key to getting these lures to where they need to be in the water column is to select a lure with a reasonably slow retrieve speed.

Reels in the 5.0:1 to 5.9:1 range allow your crankbaits to sit where they’re supposed to, and they also offer an excellent feel between the lure and the rod. You can actually feel what your bait is doing down there at all times!

You can still get great results with a crankbait and a medium speed reel. You’ll just need to crank the reel a bit slower to ensure that your bait is kept at the proper depth. But you will be sacrificing a bit of the feel that you get when you use a slower reel in the 5.0 gear ratio range.

When you’re fishing spinnerbaits, smaller swimbaits or jerkbaits, a reel with a medium retrieve is ideal. Look for something in the 6.0:1 to 6.9:1 range for spinnerbaits. This is the sweet spot for getting your lure to behave as naturally as possible while still retrieving quickly enough to handle a fish that’s running straight towards you.

When fishing spinnerbaits in particular, a reel with a slower retrieve is fine if you’re slow-rolling the bait. Otherwise the retrieve is too slow to give you the proper action on the bait.

Buzzbaits are some of the most unique lures on the market and they lend themselves well to fishing with a high speed reel with a fast retrieve. The key to fishing a buzzbait is to start burning that thing back towards you for a few cranks as soon as it hits the water. This action gets the blade thumping right away so you can start drawing in any fish in the vicinity of your cast. The best gear ratio for a baitcaster used mostly for fishing buzzbaits is 7.0:1 or greater.

Once that blade gets thumping you can slow down to a normal retrieve speed while still creating a colossal water disturbance that tricks the bass into thinking you’re a tasty treat for them.

Although you can use a medium speed reel with buzzbaits, you’ll really need to get that reel working to bring the buzzbaitback to you with the blade pumping. This can be tricky with a lower speed baitcaster. You’ll know what I’m talking about when you feel how sore your arm gets after you’ve been pumping the wrong gear ratio all day long.

Gear ratios lower than 6.0:1 are virtually impossible to use with a buzzbait and I don’t recommend them.

Baitcasting reels have come a long way over the past few decades and with these improvements there’s now a world of different reels and gear ratios from which to choose. Unfortunately all the extra choices means that you need to get up to speed with what it all means so you can choose the best gear ratio for a baitcaster reel.

When you’re shopping for a new baitcaster carefully consider what type of lures you’ll be throwing the most and pick a reel that’s going to lend itself well to that style. Slow for crankbaits, medium for spinnerbaits and fast for buzzbaits.

What’s your favorite gear ratio to use with a baitcaster? 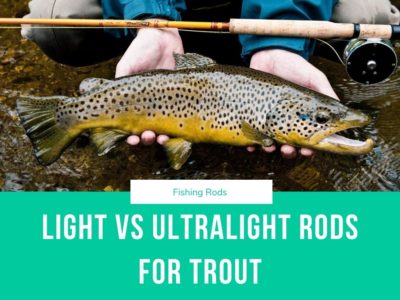 Light vs Ultralight Rod For Trout: Which Is Better? 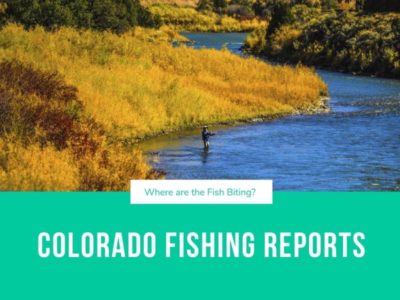 Colorado Fishing Reports for 2023: Are the Fish Biting? 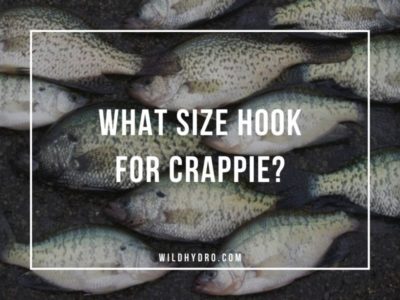 What Size Hook for Crappie?