Minnesota is home to some of the most beautiful lakes in the northern USA. The secret is knowing where to find them!

With over 11,000+ lakes to choose from it is hard to decide which lake you should head to on next your day off.

I have created a curated map of my favorite fishing Lakes in Minnesota so you can easily see where each Lake is in MN and how you can get to it.

Map of Fishing Lakes in Minnesota

Use the below map to see which lakes are close to where you are. Whether you are near Duluth in Northern Minnesota or in the suburbs of Minneapolis closer to the southern end of the state, you will find a lake near you worth fishing in.

My favorite lakes in northwestern Minnesota include:

Red Lake in Minnesota is a body of water that is surrounded by wilderness and known for its fishing. Red Lake is a 15,000 acre lake that was formed when the glaciers receded. Red Lake is 30 miles in length and 5 miles wide. The north end of Red Lake is narrow and shallow, while the south end is deep and wide.

Lake Winnibigoshish is a 2,700-acre body of water in the Chippewa National Forest in western Minnesota. The lake is bordered to the southwest by Minnesota State Highway 47, and to the northeast by County Road 135. The communities of Bena, Deer River, Ball Club, and Big Falls are located on the north, east, south and southwest shores of the lake respectively. The communities of Maple Grove, Deerwood and Hallock are located on or near the shores of nearby Pokegama Lake, which is connected to Lake Winnibigoshish by a natural channel.

When I am in Northeastern Minnesota I like to fish these lakes:

Kabetogama Lake is a 15,000 acre lake in Voyageurs National Park, located in Koochiching County, Minnesota. It is one of the most Northern Lakes in Minnesota and is accessed off Highway 53 near International Falls. Kabetogama Lake is the source of the Rainy River.

Lake Vermilion-Soudan Underground Mine State Park is a state park of Minnesota, USA, preserving a former iron mine. The park is located 35 miles (56 km) northwest of Tower, Minnesota and 5 miles (8 km) east of Soudan, Minnesota on County Road 4.

Pelican Lake is a lake in Otter Tail County, in the U.S. state of Minnesota. Pelican Lake was named for the pelicans often seen living and playing within the lake.

The below map shows you the location of the 11 maps that are some of my favorite places to fish in Northern Minnesota.

Below are a couple of the best lakes in southwestern Minnesota:

Lake Minnewaska is located northwest of Minneapolis in Pope County. It is a popular recreation destination and is known for its steep cliffs, waterfalls, and abundant wildlife.

Big stone lake is a lake located on the border with South Dakota near Ortonville . Whether you’re fly fishing, baitcasting or spinning your chances of getting a bite here are good. So grab your favorite fly fishing rod and reel, and head out to Big stone lake.

This is the short list of lakes that I recommend checking out for fishing if you are in Southeastern Minnesota or if you are near Minneapolis.

Mille Lacs Lake is a 1,000-square-mile lake located in east central Minnesota. It is roughly 30 miles wide and 60 miles long. It is the third largest lake in Minnesota. Mille Lacs Lake is 18 feet deep at its deepest point. Mille Lacs Lake provides many recreational activities, including boating, fishing, and swimming. The lake has walleye, northern pike, muskie, bass, and panfish. The Mille Lacs Band of Ojibwe Indians, a federally recognized tribe, has treaty rights to hunt, fish, and gather on Mille Lacs Lake. The Minnesota Department of Natural Resources (DNR) manages the lake’s fisheries and regulates boating and fishing and maintains 58 public boat launches on Mille Lacs Lake.

You will find the 8 lakes that I prefer to fish when in southern Minnesota on the map below.

My curated Minnesota Lakes Maps will show you the way to some of the best fishing lakes in Minnesota. Whether you are in Minneapolis or nearer our Canadian neighbors there is no shortage of lakes in Minnesota to keep you busy on the weekends.

The hardest part is choosing which lake to visit!

Do you have a favorite fishing lake in Minnesota that you think I should add to my Minnesota Lakes Map? 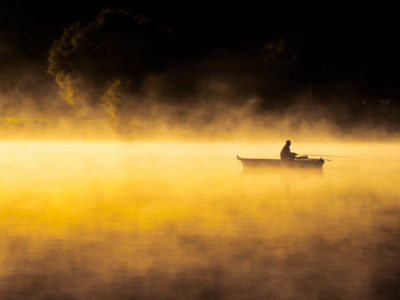 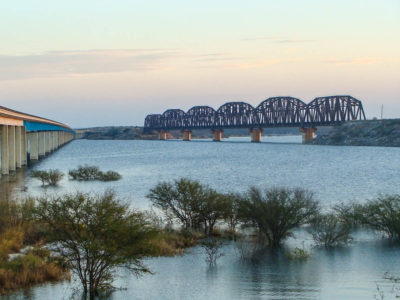