From Steel Mills to the Liberty Bell, Pennsylvania is a state known for variety. With waterways stretching from the Delware River right up to the Great Lakes you will find a variety of salmon fishing in Pennsylvania too.

The largest salmon ever caught in Pennsylvania was pulled in at Lake Erie in the states northwest, so if you’ve spent your life in Philadelphia it might be time to head out west chasing some big time salmon fishing.

Let me give you the lowdown on the top places to go salmon fishing in PA.

The Best Salmon Fishing in Pennsylvania

There is one place that clearly offers the best salmon fishing in Pennsylvania and that is Lake Erie in the state’s northwest near the appropriately named town of Erie. One of the Great Lakes, Lake Erie is squeezed between New York and Ohio with Michigan and Canada on the other shores. Lake Erie is no stranger to salmon fishing and it currently holds three Pennsylvania state records for salmon.

Gregory Lasko from Erie, PA landed a whopper of a Chinook Salmon weighing in at 28lb 15oz back in 1990, a record that has not been beaten since. And I don’t expect it will be beaten anytime soon either, what a catch!

Even further back in 1985, a man by the name of Jack Scheirer from McMurry, PA set the state record for Coho Salmon when he landed a 15lb 5oz fish on Lake Erie.

And just off from Lake Erie, David Rabatin set the Pennsylvania state record for Pink Salmon in Elk Creek when he landed a 4lb 8oz in 1995. Not quite as impressive a catch as the other two Salmons, but if you think you can do better that state record is up for grabs!

With three long standing state records to its name, you better believe that Lake Erie has some of the best Salmon Fishing in Pennsylvania.

But if you are looking for an alternative place to catch a record setting salmon other than Lake Erie, then give Raystown Lake a try. The state record for Atlantic Salmon was set here in 2001.

Where Can You Catch Salmon in Pennsylvania?

Although salmon stocking has been tried throughout the state of Pennsylvania, you will only find a few spots where there is enough salmon to be worth fishing for these days.

Lake Erie and its tributaries are really the pick of the salmon fishing spots in Pennsylvania. Besides the Lake itself, try heading down Elk Creek and throwing a line in there when the salmon are running. Elk Creek is a bit of a locals secret but it’s a good bet when chasing Salmon in Pennsylvania. You are sure to land a few salmon in this creek at the right time of year.

Elsewhere in Pennsylvania you will find plenty of Salmon in Raystown Lake and Harvey’s Lake where the fish are stocked regularly. Raystown Lake in particular has over 100 miles of shoreline and more than 8,000 acres of surface water, so if some quiet time away is what you are chasing then try your luck there.

What Type of Salmon Will You Find in Pennsylvania?

Pacific Salmon in Pennsylvania began being stocked in the 1960’s, with both Chinook Salmon and Coho Salmon being introduced into state waterways. However, Chinook Salmon is no longer stocked by the state today and you will only find Coho Salmon stocked every few years due to limited stock availability.

Kokanee Salmon was also introduced into Upper Woods Lake in the north east of PA, but they didn’t take to the waters and could not reproduce. Kokanee Salmon are no longer stocked fish in Pennsylvania.

Pink Salmon is one fish that has been successfully introduced into Pennsylvania waters since 1979. You used to find Pink Salmon in quite a few rivers and tributaries throughout the state where the pink salmon would go to spawn. But these days Lake Erie is your best chance of landing a Pink Salmon. Pink Salmon live in Lake Erie year round where in late summer and fall they head on up the tributaries to spawn.

What Bait do you use when Salmon Fishing in Pennsylvania?

The best method to catch salmon in PA is to pull out your flies and go fly fishing. Depending on how the salmon are running, the water temperature and the current river flows you can have luck with either wet or dry flies.

If fly fishing isn’t your thing then I recommend going with a spoon or inline spinner to tempt the salmon onto your line. When fishing a spoon for salmon in a river like Elk Creek, you want to let it fall to the bottom then lift your rod tip with a slow retrieve. Pull that spoon off the bottom about 2 to 3 feet and then let it sink back down again. Keep this action going while you reel in and you will get a bite eventually.

Salmon fishing in Pennsylvania is maintained through regular stocking of fish, although not all species have adapted to the waters here. If you live in the major centers of Philadelphia or Pittsburgh you’ve got quite a drive ahead of you to get to the best salmon fishing out on Lake Erie. But it’s something worth doing if you can spare the time. Otherwise Raystown Lake is a more central option that will better suit the weekend warrior.

The state salmon records in PA have stood for more than 20 years and they are just waiting to be broken. So get on out there are throw a line in! 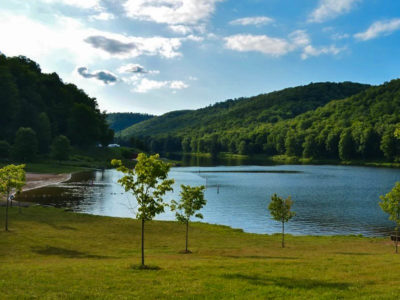 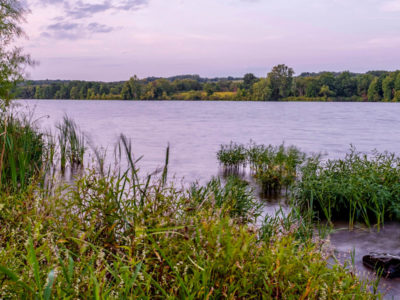 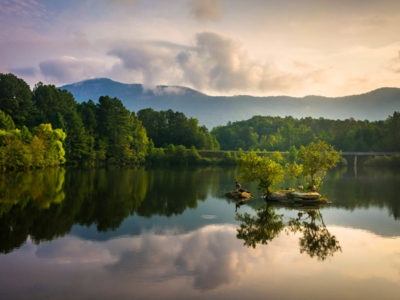