You would be hard pressed to find a bass fisherman who doesn’t throw buzzbaits when the season is really “buzzing”. These classic topwater baits have been drawing bass onto the end of fishing lines since the 1970’s when the first Lunker Lure Buzzbait was introduced.

We all use buzzbaits, but do we use them correctly?

Agonizing over the best color buzzbait to use is just one part of the equation. At the other end of your line is your reel, and the correct reel choice plays a big part too. Choosing a reel with the best gear ratio for buzzbaits will make sure that your retrieve is not too fast and not too slow, it’s just right to land that next big bass.

What is the Best Gear Ratio for Buzzbaits?

In my experience I have found the best gear ratio for buzzbaits to be a reel with a 7:1 gear ratio. This means that for every crank of the fishing reel handle, you will get 7 full rotations out of your reel.

And that makes for quite a speedy retrieve!

When you are fishing topwater baits like buzzbaits, the key to getting that bite is the motion the lure makes along the surface. Buzzbaits sink naturally, and its the retrieve speed that causes the buzzbait to spin (and “buzz”), while it rotates along the surface of the water.

When fishing buzzbaits, you tend to throw your last a little bit further than usual. This allows you to have a good length of retrieve to give the buzzbait a chance to work for you as you reel it in.

If you think about it, a slow retrieve from a reel with a lower gear ratio means that you aren’t going to get a good buzzing action out of your buzzbait. In fact, use too low a gear ratio and you might find yourself struggling to keep your buzzbait buzzing on the surface.

PRO TIP: The best gear ratio for buzzbaits is a 7:1 gear ratio!

The other benefit of using a 7:1 gear ratio when fishing buzzbaits is that you are going to be reeling in that bait quite quickly. So even when you don’t get a bite on a cast, you can very quickly move on to the next cast.

When fishing a 7:1 gear ratio vs a 5:1 gear ratio you are going to have 20% more casts due to the increased speed of your fishing reel.

How to Choose the Right Gear Ratio for Buzzbaits?

The best gear ratio to use when fishing buzzbaits is one that lets you work the lure on the surface of the water as it is supposed to be worked. You need to choose a gear ratio that:

You’ll notice the key performance area needed when fishing buzzbaits is that of speed. You need a fishing reel with a reasonably quick gear ratio to get rid of line slack when you cast so that you can start that buzzbait flying along the surface straight away.

You also want a gear ratio that doesn’t give the fish a chance to get away when it hits the buzzbait. And I’ve had that issue myself when fishing with a buddy’s gear.

We were down at the fishing pond where he keeps his summer cabin. I was staying there over the weekend and he was letting me use his gear that he keeps at the house. This saved me from having to bring my gear on the airplane when getting out to see him.

Anyway he had given me a rod and reel combo with a 5:1 gear ratio. We were fishing buzzbaits because we were chasing bass that day (of course!) and I felt a decent hit. I pulled up my rod to strike and started to reel in, but that bass spit the lure straight back out at me before I knew what happened.

I told my buddy it was his fault that I lost that bass, and that a reel with a quicker retrieve would’ve landed it for me. He told me right back that a good fisherman doesn’t blame his equipment.

Well, what could I say to that!

I still think a faster reel would’ve landed that bass..

Every season of every year sees thousands of us hitting the banks of the lake or river chasing bass and other species with buzzbaits. Too many anglers get caught up on lure color choice.

Watermelon this, peach that. Silver or gold? Plastic vs metal?

But there is another aspect of your kit that shouldn’t be forgotten, and that is having the right gear ratio for buzzbaits. A 7:1 gear ratio is best, but anything below a 5:1 ratio is going to be too slow to keep that buzzbait moving along the surface of the water.

Don’t give your buddies a chance to get one over on you! 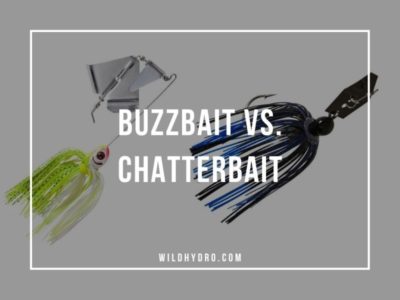 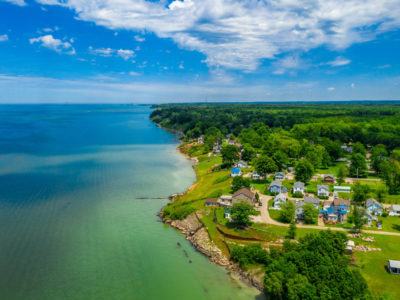 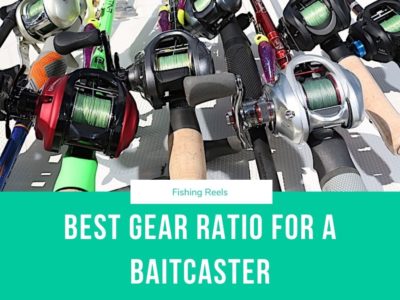 What Is the Best Gear Ratio for a Baitcaster?